At this year’s recently-concluded Gin Weekender at the Oval cricket ground one of the most interesting spirits I tasted was right at the end of the event, when a bottle of Bimber Distillery’s Da Hong Pao Tea Gin was being passed around to keep up the troops’ spirits during the clearup.

The Bimber Distillery in west London was only established in 2015 and making gin would seem to be very much a side project while they’re waiting for their single malt whisky to come of age – there’s no mention of gin anywhere on their website’s home page.

All of which makes the excellent quality of their gin a very pleasant surprise and, as a whisky-lover, fills me with a pleasant anticipation for their single malt, the first cask of which came of age last Sunday (26th May) and is scheduled for release this September.

In the meantime, for a whisky distillery they make a damn good gin flavoured with Da Hong Pao tea, an expensive variety of roasted Oolong.

Original Da Hong Pao tea apparently comes from the three last remaining thousand-year-old Da Hong Pao trees in China which collectively produce 400g of tea annually (at around a thousand quid a gram), so we’ll go ahead and assume that this is from the more obtainable (but still pricey) cloned varieties. The tea is brewed and drained before being infused with a high strength gin for maximum extraction. It’s bottled at 51.3% to lock in the flavour. 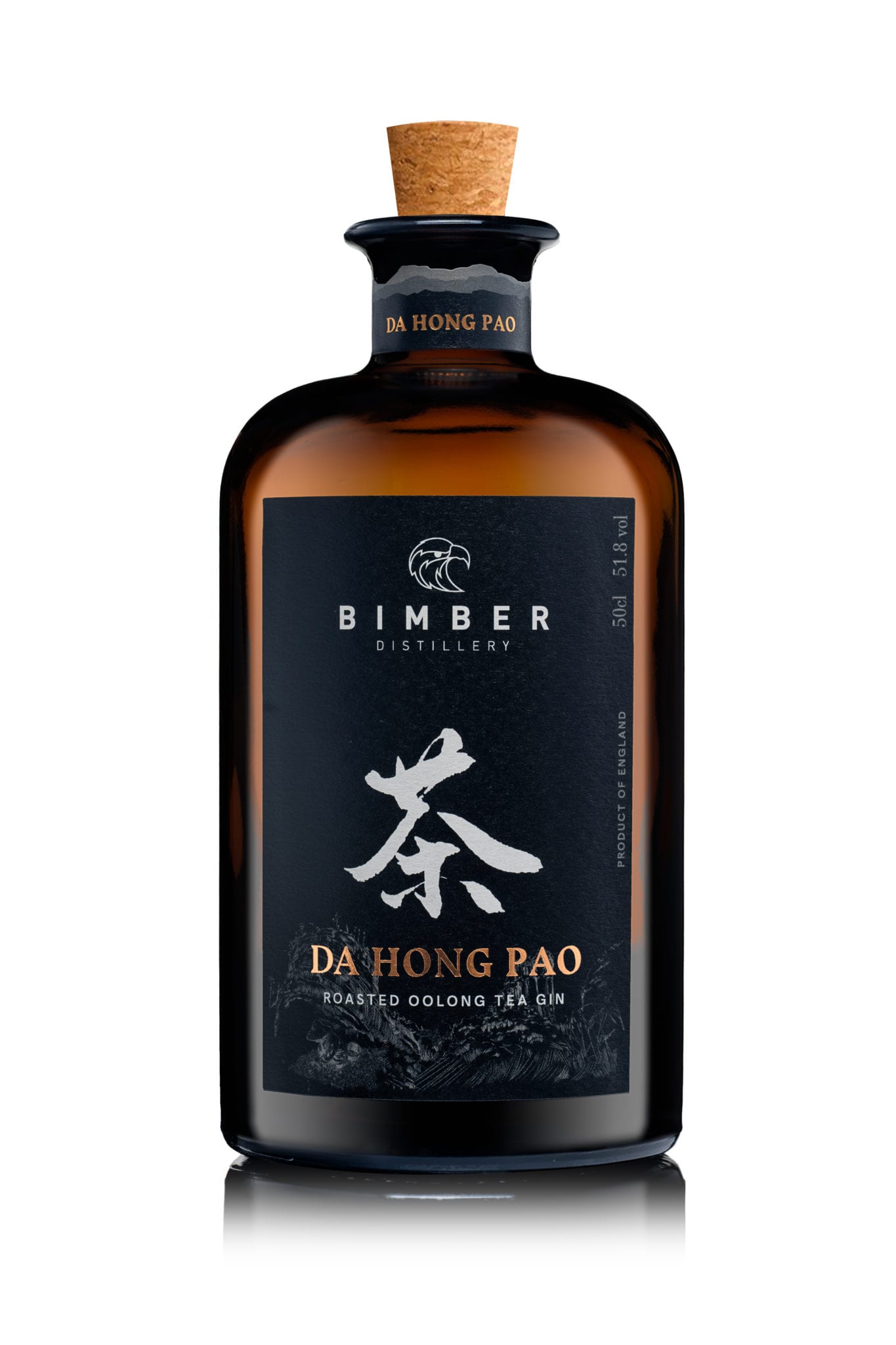 A very sexy bottle, isn’t it?

Colour: I don’t usually talk about this because, seriously, what’s the point. But on this occasion I’ll mention that it’s the rich, dark gold of an aged Speyside…

Nose: Plenty of juniper and citrus: lemon, lime, grapefruit, blood orange – thank God, it’s an actual gin!. Develops a hint of gingerbread and cinnamon, then gets more floral and aromatic with notes of dried lavender, violet and potpourri, gentian and then fresh topsoil and camphor wood.

Palate: Much more emphasis on the aromatic / potpourri spectrum and now the tea comes through strongly, both in flavour and in the drying, tannic mouthfeel. Thankfully there’s still plenty of juniper and the spiky, lemony citrus is still there for balance.

Finish: Long, warm, tannic and mostly savoury, with tree bark, clove and hot cinnamon.  The floral, aromatic side comes through towards a slightly menthol finish.

G&T: (Made at a 2:5 ratio, no wedge) Very pleasant, with lifted juniper and citrus accompanied by prominent dry – but not too dry – tannic notes. I only had a small sample so couldn’t experiment with different ratios or any garnishes. But I wouldn’t put lime or lemon in this, I suspect it might clash.

Comment: It’s easy to dismiss flavoured gins – particularly those with fancy, exotic-sounding ingredients – as faddy and hipsterish, and a lot of the time you’d be absolutely correct.  But Bimber’s Da Hong Pao really works, and almost certainly the trick is the strength – the flavour extracted from the tea is characterful enough to temper the alcoholic potency very well, which means that it doesn’t feel harsh at all despite the abv. Bravo!