Time for another review and some more gin tasting notes!  This week, we’re looking at Caorunn Gin from the Balmenach distillery in Scotland.  Balmenach is another gin producer more famous for its whisky, but with the slight difference that they’re not just making gin while they’re waiting for their whisky to mature: Balmenach is in fact a long-established whisky distillery in Scotland’s famous Speyside region.

Balmenach distillery was licensed in 1824 and is currently owned and run by Inver House Distillers, who use its punchy, meaty, sherry-matured single malt exclusively for blending.  Caorunn (the name is pronounced ‘Ka-roon’) was one of the earliest of what we might refer to as ‘whiskymaker’s gins’. The brand first appeared in 2009 with little fanfare but it’s now very well-established, with listings in all the major supermarkets.

Caorunn is made with 11 botanicals: six traditional botanicals including angelica, coriander seed and cassia; and five Highland botanicals foraged in the wild.  These latter include dandelion leaf, bog myrtle, heather, blush apple and, most importantly, rowan berries – whose Gaelic name is Caorunn.

Caorunn’s production process uses a unique copper berry chamber, wherein the botanicals are spread on four perforated trays through which the grain spirit vapours pass on their way to the condenser, a similar principle to the Carterhead Still used by Bombay Sapphire and Hendrick’s. 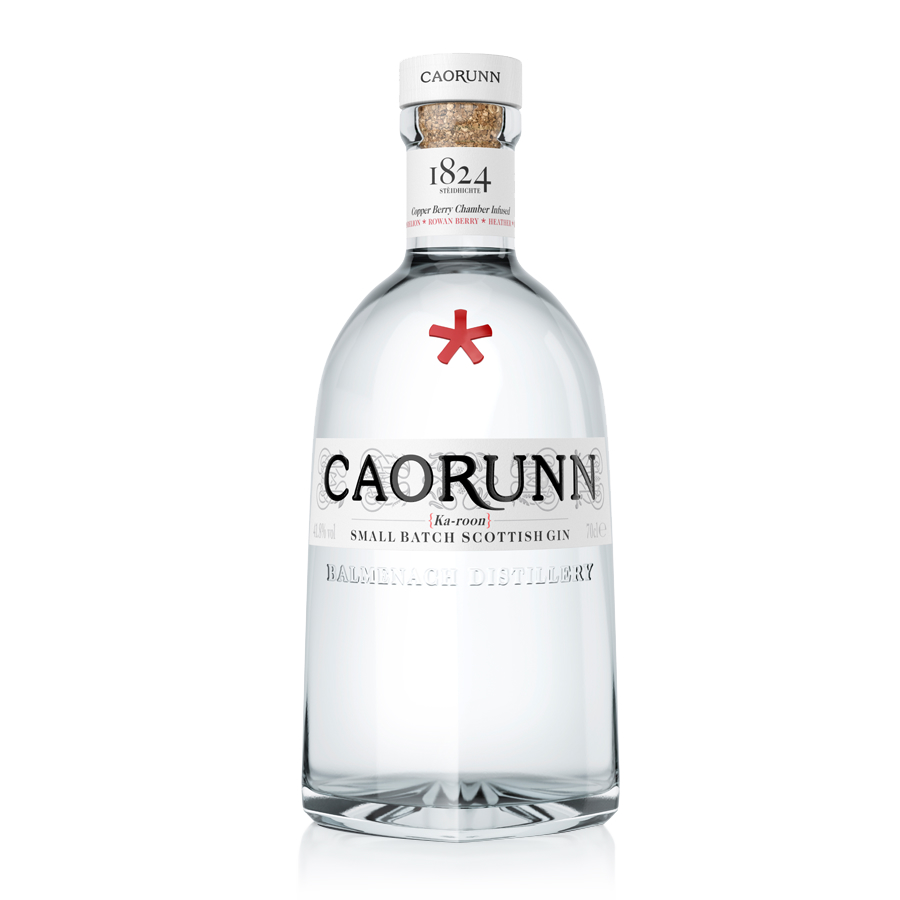 Nose: Rich, earthy aromas with sweet citrus behind. Mulch and pine sap. It may be the power of suggestion but I do think I can spot some heathery notes too. Gets more lemony for a while, then back to that mossy, grassy mulchiness with a very faint hint of marmalade and lemon sherbert sweets, balanced with that sharp pineyness.

Palate: Mediumweight; nice, gentle, silky mouthfeel. Lovely sweet lemon sherbert flavours, then gets more floral, with juniper and a lavender-esque note. Briefly switches to woody / earthy flavours, before sweet orange and floral flavours take hold again. All this is balanced by a strong bitter note, which I presume is from the rowan berries – we had a rowan tree in the garden when I was growing up and eating the berries raw is a mistake you only make once…

An elegant profile, complex but not overpowering, with great balance and integration.

Finish: Good length, warming, not overly strong but hangs on longer than expected, with tongue-tingling spicy citrus and lingering bitterness.

With Tonic: (2:5 ratio, no ice) The juniper stands up well, as do the tart, bitter notes but the earthiness seems subdued, which is a bit of a pity. Very drinkable, but don’t use too much tonic as you’ll lose some of the more delicate, finer notes.

Comment: A very enjoyable, well-made gin with some interesting subtleties. Has more in common with the classic London Dry style than the new wave of botanically overdosed modern gins. I was thinking that it could do with a bit more alcoholic oomph – then I remembered that there is a higher strength version in Duty Free (Caorunn Master’s Cut) and, happily, they’ve also just released a more generally available high strength version: Caorunn Highland Strength.  I will definitely try and get my hands on this, I suspect it will be excellent.

That’s it – enjoy your weekend!