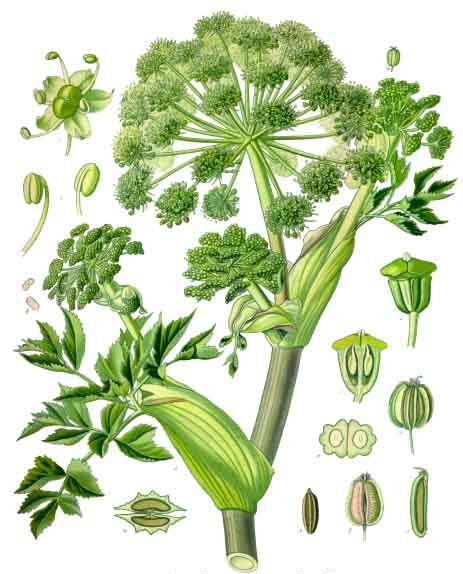 Geography: Angelica grows wild throughout Scandinavia and is cultivated in France, Germany and Eastern Europe.

Characteristics: Like Coriander, angelica is a herb of the Apiaceae family and is also related to carrots, dill and fennel.  The plant reaches maturity in its second year, and the root is then harvested and dried for gin production. A small number of gins also use the flowers or seeds of the plant as botanicals, but generally speaking almost all angelica in gin is angelica root.

The distilled angelica has a noticeably earthy, woody, herbaceous flavour and is often considered to be a base or flavour-binding agent in gin, although there is little chemical evidence to support this assertion. 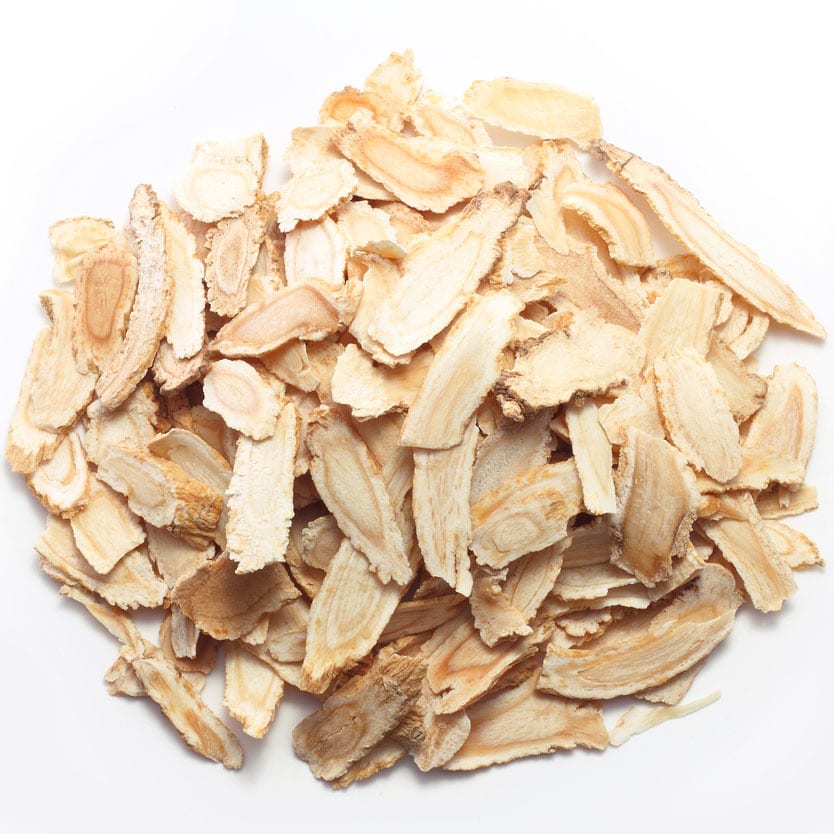 Other Uses: Aside from gin, angelica roots or seeds are also used to flavour various other alcoholic drinks including Dubonnet, Chartreuse, Benedictine and many vermouths, absinthes, aquavits and bitters.

In cuisine, angelica can be made into a tea and is sometimes used to flavour jam, omelettes and fish, while the stems are candied and used in bakery as a decoration.

Non-boozy uses for angelica include perfumery (the essential oil is rich in aromatic compounds) and traditional medicine.  A quick session with Dr. Google yields a wide variety of aromatherapists, homeopaths and internet quacks recommending angelica for a diverse range of gastrointestinal complaints that we won’t go into here, as well as migraine, neuralgia, anxiety, infections, exhaustion, ‘toxin elimination’, dull skin, gout, psoriasis, heartburn, insomnia, premature ejaculation and, er, the plague.

Associated Brands: Pretty much all of them although, as mentioned above, angelica is used more as a base or flavour-binding agent and is difficult to discern individually.

That’s all for now, folks – more in our Gin Botanicals series very soon!