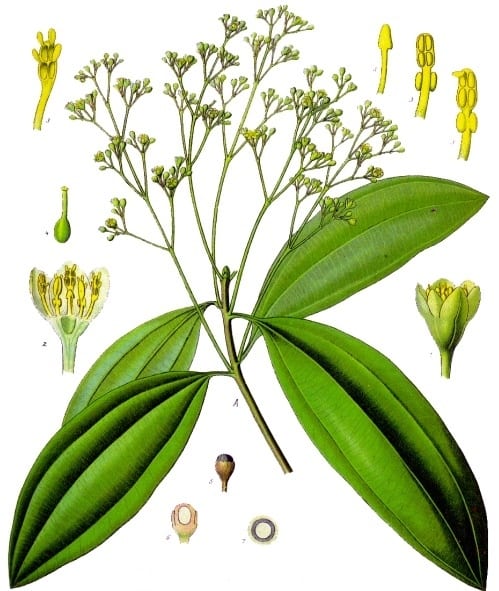 Geography: Cinnamomum cassia is native to southern China, and cultivated throughout Southern and Eastern Asia from India to Taiwan by way of Laos, Vietnam and Thailand.

Characteristics: Cinnamomum cassia and its sister cinnamon-producing species are all evergreen trees of the Lauraceae family that also includes laurel, bay, sassafrass and avocado trees.  Cassia trees can grow to over twenty feet tall and have long, oblate leaves.  The bark from the trees is harvested, stripped and dried, curling into quills or scrolls as it does so.  For spice purposes, the bark is usually powdered. Cassia bark is noticeably thicker than true cinnamon and has a hotter, sweeter taste that is less aromatic than true cinnamon.  In gin, cassia adds complexity to the base flavours and manifests as a warming, earthy spiciness, prominent in the finish. 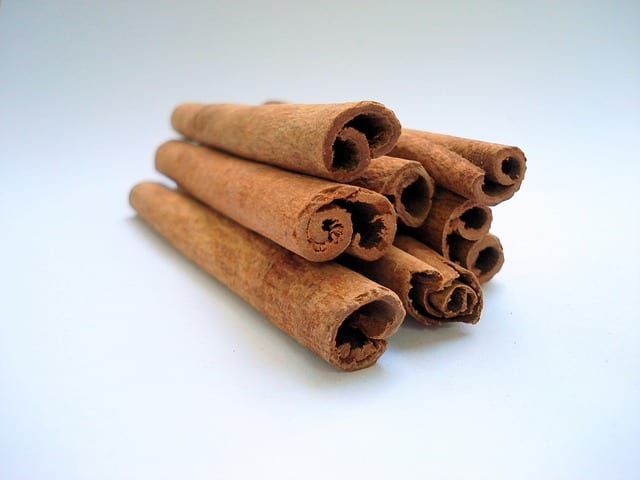 Other Uses: Cassia and cinnamon are widely used in the cuisine of most cultures to flavour everything from meat stews to ice cream, as an ingredient in curry powder and Chinese five-spice through to sweet pastries and pies, chewing gum and breakfast cereal.  It is excellent with stewed fruits, particularly apple, and an essential ingredient in mulling spices for wine and cider.

The essential oil of cassia contains cinnamaldehyde, which is used to treat nausea, flatulence and diarrhoea, with other applications including as an insecticide, and is currently being researched for possible benefits in the treatment of Alzheimer’s, leukaemia and obesity.  Cassia’s essential oil also contains the blood-thinning agent coumarin which is dangerously toxic in large doses.

Present In: Cassia is a very popular botanical, with Bombay Sapphire, Martin Miller’s, Opihr, Sipsmith, Oxley, Bulldog and Botanist just a few of the gins that make use of its hot, earthy charms.