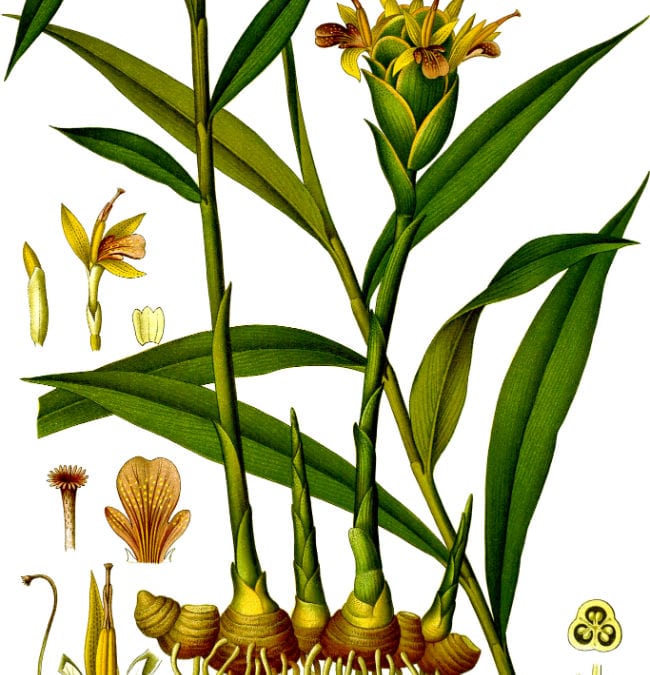 Geography: Originally native to the islands of Southeast Asia, ginger root has been used as a spice for thousands of years and was one of the first such to be traded among ancient civilisations during the Austronesian expansion into India, Sri Lanka and East Africa. The spice was brought to Europe from the Middle East around the first century AD.  Today, India is the largest world producer of ginger, with significant commercial cultivation in Nigeria, China, Indonesia, Thailand and Nepal.

Characteristics: As the main member of the Zingiberaceae family, ginger is related to galangal, turmeric and fellow gin botanicals cardamom and grains of paradise.  The plant is a herbaceous perennial around a metre tall with long thin leaves and yellow flowers.

The spice is produced from the root (rhizome) of the plant, which is harvested after the stalk withers, then scalded or peeled to prevent budding.  Ginger root can be used fresh, dried or ground into powder. Ginger’s flavour is warming and spicy yet also fresh and aromatic, translating in gin into a exotic, sweet, peppery character and warmth on the finish. 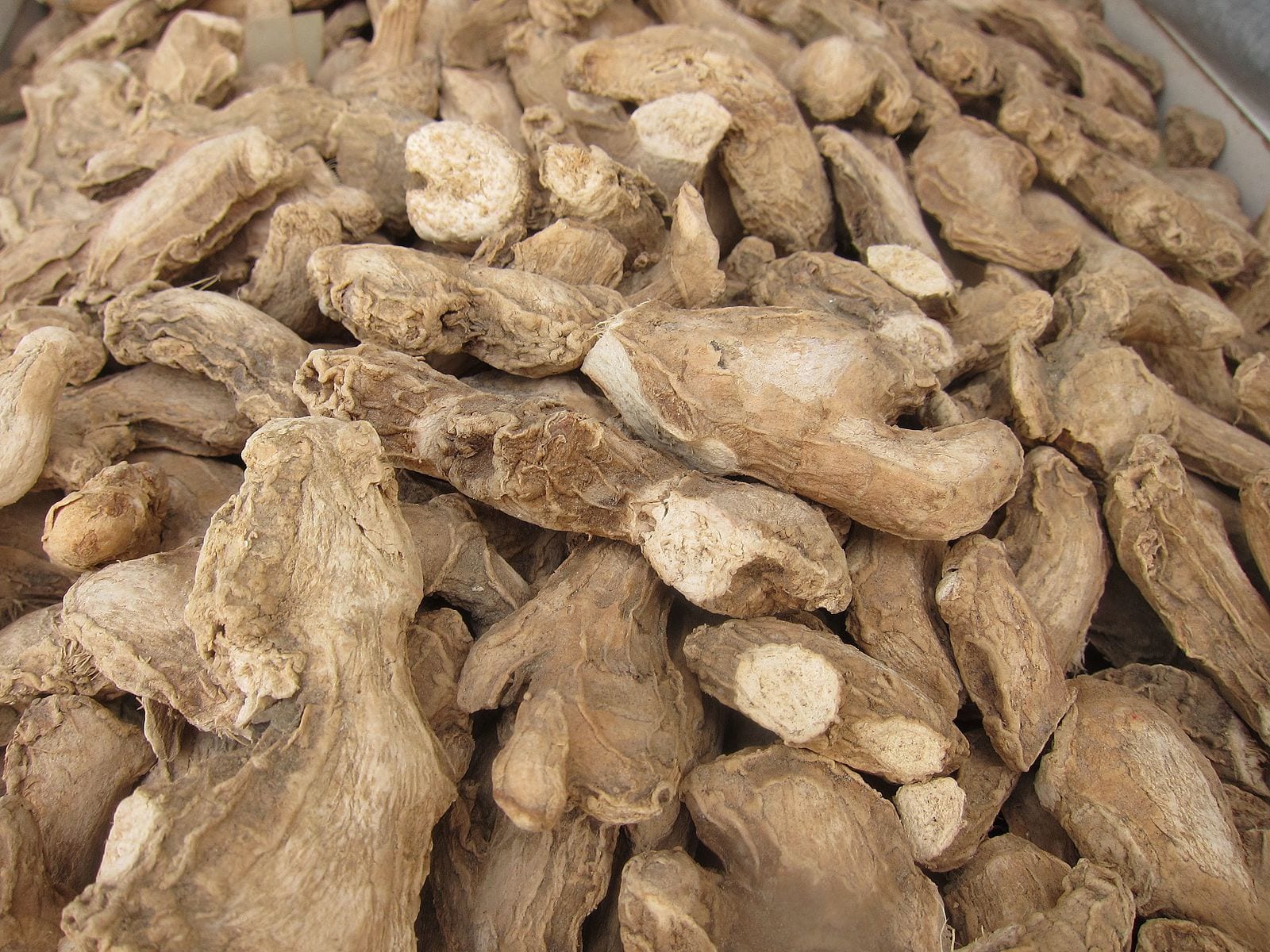 Other Uses: Manifold.  Ginger is so widespread that it is used in hundreds of native cuisines – we just can’t get enough of it’s hot, spicy, sweet kick.  Ginger is most commonly associated with Asian cuisine, cropping up in innumerable Chinese, Indian, Vietnamese, Japanese, Burmese, Malaysian, Korean and Thai curries, soups, salads and drinks. It is frequently sliced and pickled in vinegar, grated as a garnish or steeped in hot water with honey to make ginger tea – it’s also an ingredient in masala chai.  Even the juice from ginger roots is used liberally as an ingredient throughout Asia.

Candied ginger root and ground ginger are widely used in baking and confectionery, especially in Europe for ginger snaps, speculaas biscuits and gingerbread.

Other drinks made from ginger include ginger wine, ginger beer and ginger ale, all mainly from the UK and the Caribbean, while France has a ginger liqueur.

Naturally, devotees of ‘alternative’ medicine extol ginger. The main claims are that it has antioxidant and anti-inflammatory properties and alleviates nausea, morning sickness, arthritis and menstrual cramps but no convincing evidence of any of this has yet been produced.  However, ginger has been proven to interfere with anticoagulant and cardiovascular drugs such as warfarin and aspirin.

Right, that’s your lot! If you enjoyed our introduction to ginger, check out the rest of our Gin Botanical Profiles!