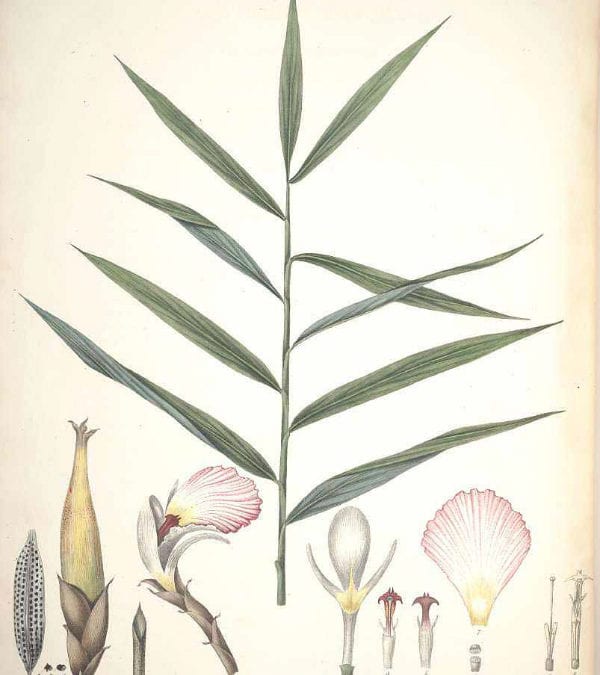 Species: Aframomum melegueta, a member of the Zingiberaceae (ginger) family.

Geography: Originally native to West Africa, where it is cultivated in many countries along the coast of the continent, particularly Ghana and Liberia. Also an important crop in Ethiopia.

Characteristics: A reedy herbaceous perennial, Aframomum melegueta has long thin leaves and pale white flowers with pink or purple edges.  The flowers develop into bright red, fig-shaped seed pods, the contents of which are collected and dried for use as a spice. The flavour of grains of paradise is akin to a milder, more aromatic black pepper, with hints of cardamom (to which it is closely related), ginger and coriander. 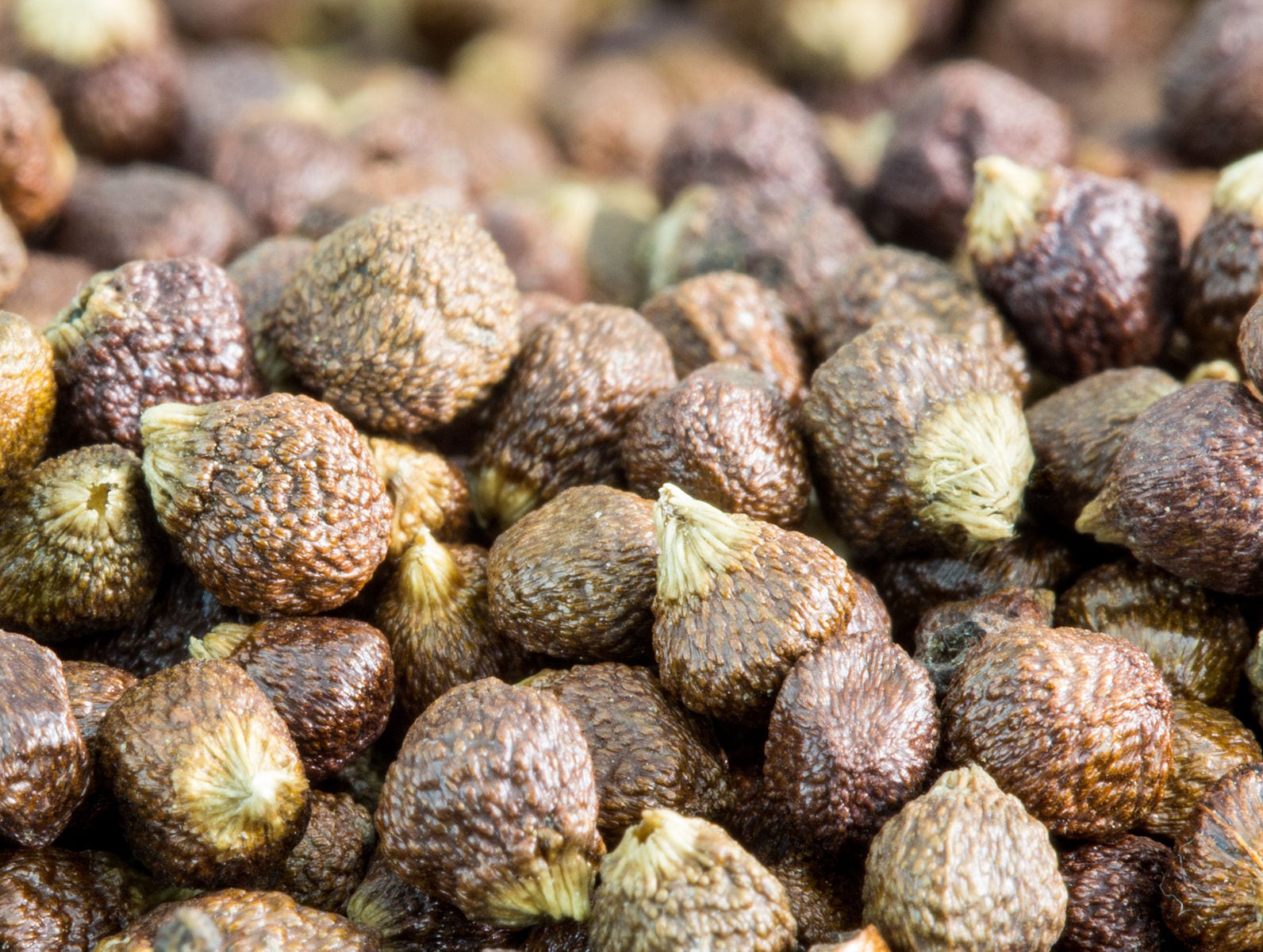 The name Grains of Paradise is believed to derive from a myth spread by spice traders who told customers that they were from special peppers from the Garden of Eden, collected as they floated down the river from paradise.

Other Uses: Apart from gin, grains of paradise are used in some craft beers and akvavits. Away from alcoholic beverages, the spice is commonly used in African cuisines as a substitute or alternative for black pepper or cardamom, and like its fellow gin botanical Orris Root, it’s also an ingredient in Morocco’s Ras el hanout spice mix.  Other common usages include in baking, curries and sausages.

As with all spices, herbs, flowers and basically anything found in the natural world, there is a bewildering array of ‘alternative’ uses for grains of paradise.  A brief survey taken by Dr. Google revealed the spice or essential oil to be recommended for: *deep breath* antimicrobial and antifungal properties, enhancing testosterone, as an aphrodisiac, stimulating the production of breast milk, aiding weight loss, purifying blood, getting rid of digestive worms, measles, leprosy and heartburn – with known side-effects including irritation of the stomach, intestine and urinary system. Nonetheless, the grains are believed by some scientists to be connected to cardiovascular good health of gorillas who eat them in the wild.

Used In: Lots of gins. Monkey 47, Opihr, Citadelle Reserve, Oxley, Junipero, Devil’s Bathtub, Bombay Sapphire, Star of Bombay and Fifty Pounds are just a few of the more recognisable names using grains of paradise as part of their botanical recipe.

That’s it for this week’s profile – check out the rest of our Gin Botanicals articles!