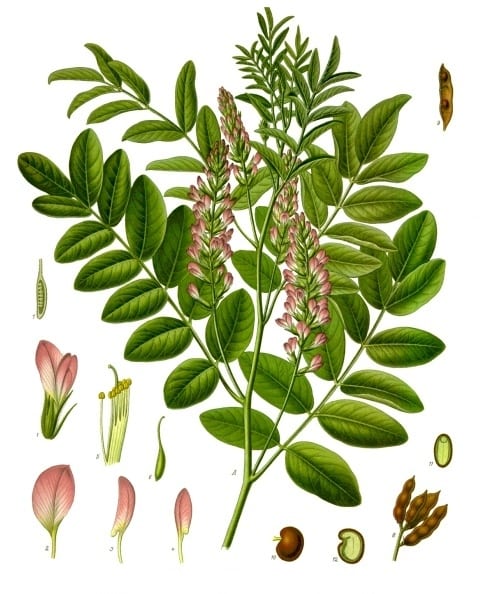 Geography: Liquorice root is native to Southern Europe and India, though Italy is now the only serious European producer, with larger cultivation spread throughout North Africa and Asia.

Characteristics: Glycyrrhiza glabra is a herbaceous perennial growing up to a metre high and flourishes best in well-drained valleys that receive plenty of sunshine.  The roots of the plant are long, horizontal stems and it is these that are harvested and dried for our purposes. For gin production the dried roots are ground into a powder.

Liquorice in gin is not really similar to liquorice allsort flavour, being woodier and less obviously sweet.  The flavour is not dissimilar to aniseed (another common flavouring for many alcoholic drinks) but the two plants are not related.  Liquorice is also prized by distillers for contributing an oily texture to the spirit, increasing its viscosity. 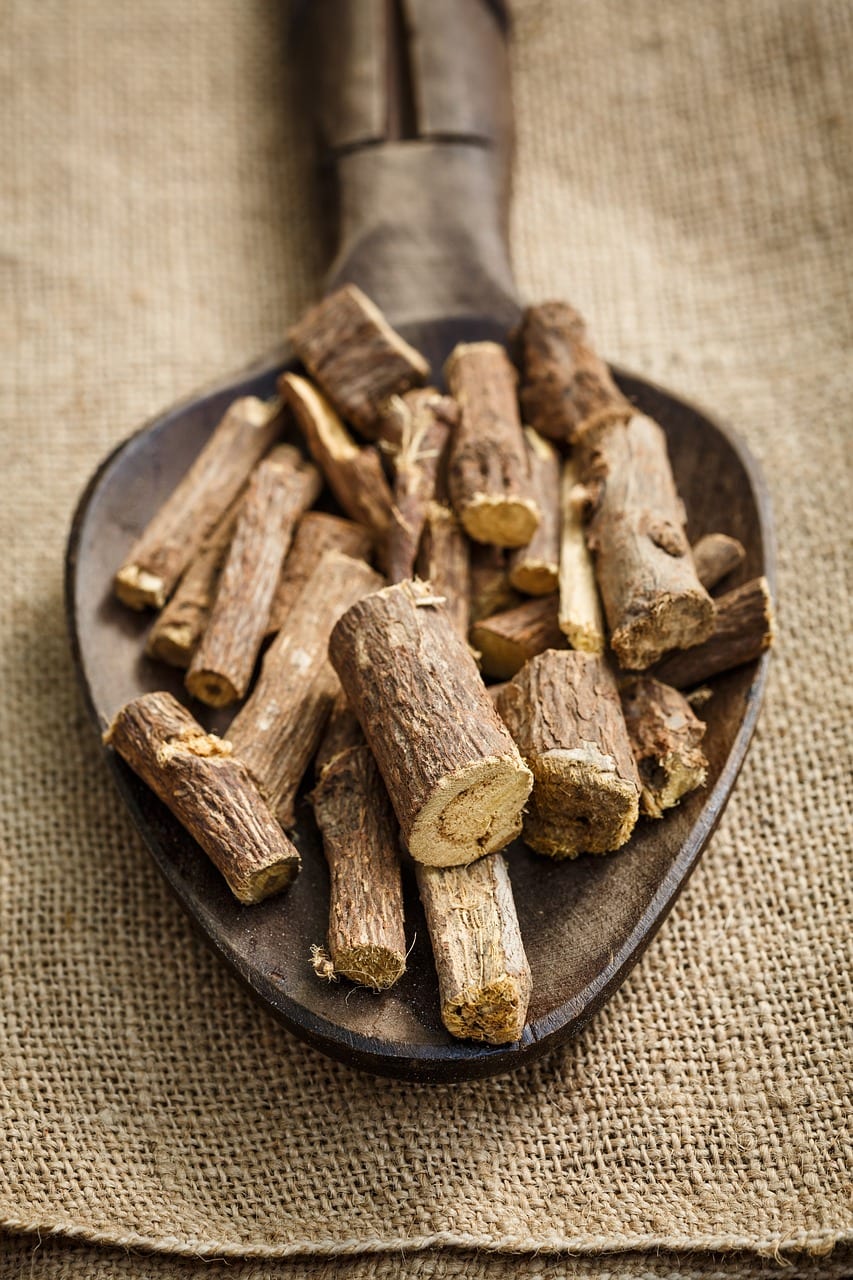 Other Uses: Principally in confections, obviously.  Although depending on where you are these ‘confections’ may not actually be very sweet: ‘salted’ liquorice sweets made with Salmiak (ammonium chloride rather than sodium chloride), are popular in the Netherlands and many Scandiwegian countries.  Dried liquorice roots are chewed in their natural state in the Netherlands, Italy, France and Spain.

Aside from being a gin botanical, liquorice is an important ingredient in other alcoholic drinks including amaros, Jagermeister, vermouths, sambuca, pastis and other anise liqueurs.  Straight liquorice liqueurs are produced in several European countries and, regrettably, there is also a Salmiak salted liquorice liqueur which I urge you strongly not to try.

Liquorice has long been used in traditional medicine for its digestive effects: it’s an antacid and therefore used for various stomach complaints, while it is also well-known for its expectorant, diuretic and laxative properties. The glycyrrhizin in liquorice is also prized for its anti-inflammatory effects, recommended for liver and kidney complaints [NB, gin is not the recommended method of administration – Ed.]

Appears in:  Liquorice is a common botanical and was used in the early Old Tom gins. Gins known to contain liquorice as a botanical include Boxer, Sipsmith, Citadelle, Beefeater, Mayfield, Kintyre and Tanqueray.

Make sure this account has posts available on instagram.com.