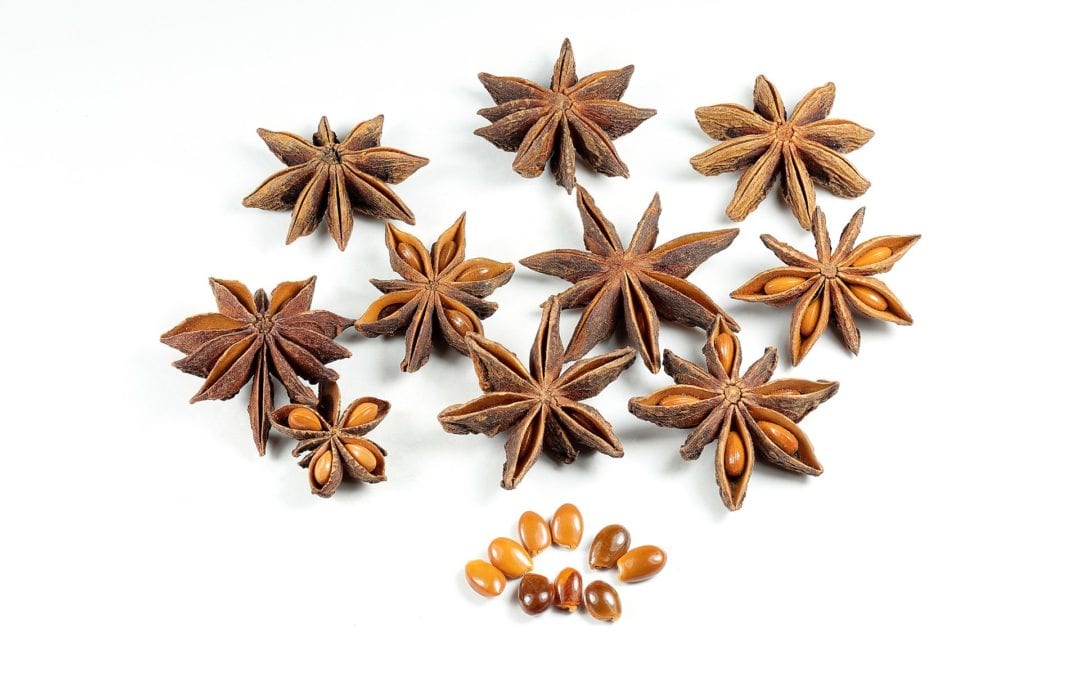 Geography: Illicium verum is originally native to Vietnam and China, but is now also cultivated in Spain, Italy, Morocco, India and the Philippines.

Characteristics: Illicium verum is an evergreen tree of the Schisandraceae family, growing up to ten metres high, with long, pointed, heavily-scented leaves and many-petalled yellow flowers.  The tree has a star-shaped seed-containing fruit – the outer skin (pericarp) contains most of the flavour, and is harvested and dried for use.

Star anise is unrelated to true aniseed, which is Pimpinella anisum, a tree in the Apiaceae family that also includes angelica, caraway and coriander.  Star anise is a much cheaper spice than aniseed but contains the same active ingredient, anethole, and is consequently much more widely used than true anise.

Star anise is an intensely aromatic spice, giving a pleasant, sweet, aniseed menthol kick to the gins that use it. 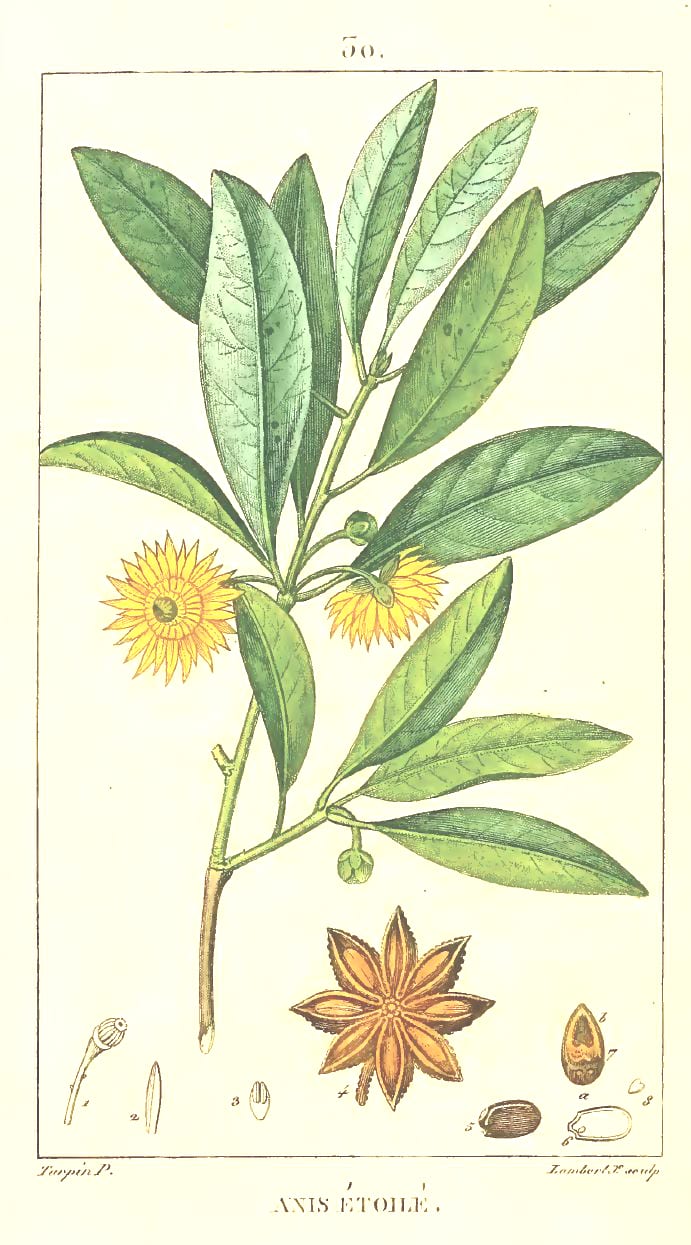 Other Uses: Star anise is widely used in the production of various anise liqueurs and spirits including Galliano, Herbsaint, Jagermeister, absinthe, sambuca, pastis, ouzo, mastika and many more.

Aside from drinks, star anise is a much-loved spice in many cuisines: in Europe it is used as a baking spice and to mull wine, but its culinary use is more widespread throughout Asia, particularly to flavour meat stews. In India star anise is an essential ingredient of both masala chai and garam masala; in China, it’s a key ingredient in fivespice powder.  The Vietnamese, meanwhile, consider it essential for pho noodle soups.

Unusually for these roundups, star anise does actually have a genuine medical application.  It has antioxidant and antifungal properties, but its main medical use is as a source of shikimic acid, a primary component required for the manufacture of oseltamivir, which is sold as Tamiflu, an antiviral drug used to combat influenza.  Star anise is such a good source of shikimic acid that 90% of its annual crop is now for this purpose.

That’s it for star anise – if you liked this, you can read all our Gin Botanical Profiles here.