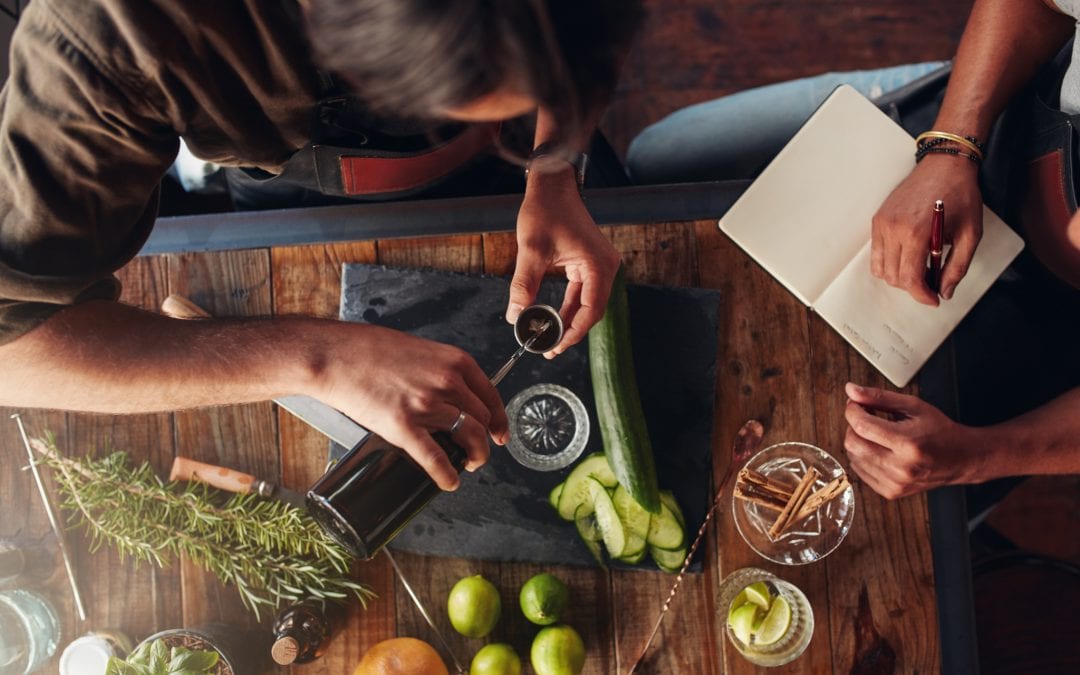 Things just keep happening in the world of gin, so here’s another Gin News Roundup – consider this your Ginformation Update!

William Grant’s, owners of Hendrick’s Gin have announced a major upgrade of the Hendrick’s facility at their Girvan distilling plant in Scotland. According to reports, the Hendrick’s distillery will now have a walled garden, palm house, two hot-houses for growing botanicals and a laboratory containing a flavour library, lecture theatre and a gin bar.  Sounds spiffing!

The Inception Group have announced a new bar and distillery site in Broadgate Circle. Inspired by Phileas Fogg’s Bombay-born wife, Aouda, Mrs Fogg’s Maritime Club and Distillery will be kitted out in the style of a Rangoon steamer and will serve a variety of Indian-themed gin cocktails. There will also be a stillroom in the basement producing a house gin and hosting gin masterclasses.

And just in case London didn’t have enough distilleries to go round, the UK’s largest winemakers, Chapel Down, have announced plans for another new distillery in the capital.  Based in King’s Cross, the Chapel Down Gin Works is scheduled for March 2019 and promises an ‘experiential’ [sigh] bar, restaurant and ginnery.

Those of you who caught last week’s roundup will remember the story of PR-based Collagin, the gin with a bit of collagen in it, because, er, well… y’know.  Sadly, the brand – whose owners recently attracted a fifty grand investment from telly’s Dragon’s Den – received a less than complimentary review in last week’s Guardian.

The results are in from the Women’s Wine & Spirits Awards – the spirits awards judged exclusively by female buyers (100 of them!). The Gin awards were spread amongst a truly international field, with the Gin Of The Year title going to Sweden’s Skånska Spritfabriken for their G Gin Classic.

Heriot-Watt University, home of the UK’s best Brewing & Distillation course has created a special Botanical Library for their distillers, composed of 72 botanicals that can be grown in Scotland, including nettles, lavender, dandelion and chagga fungus. Apparently collagen failed to make the list.

Virgin’s Richard Branson has jumped into bed with Deadpool star and Aviation Gin owner Ryan Reynolds [Sincere apologies for that profoundly disturbing image – Ed.]. The partnership will see Aviation served in Virgin Atlantic Clubhouses and on transatlantic flights, and as part of the deal Branson and Reynolds will appear together in what is highly likely to be some arse-clenchingly awful “co-branded digital content” later this year. So that’s something to look forward to! Watch this space…

Right, that’s your lot for now! Stay tuned for more of our semi-regular Gin News updates in the near future, depending on how much gin news there actually is…